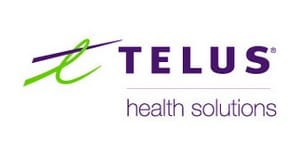 69 per cent are interested in creating a personal electronic health file;
90 per cent want to be able to communicate with their doctor by email

Québec City – According to a new CROP survey commissioned by TELUS Health and Diabetes Quebec, Quebecers believe that technology-aided health services would provide major benefits and give them the opportunity to play an active role in managing their personal health.

“We’ve seen countless industries embrace digital as an integral part of their client or customer strategy, and the healthcare sector cannot avoid a shift in the same direction. This survey demonstrates that Canadians are ready for their healthcare industry to follow suit” said Paul Lepage, President of TELUS Health. “Canada lags behind other countries when it comes to IT adoption in the health sector. The critical conditions for success are all present, from patients telling us they’re ready to embrace technology and take a more active role in their healthcare, to financial imperatives and the need to reduce pressure on the system and drive better health outcomes for Canadians.”

The report will be released in ful l today as part of the 8th Edition of the Quebec City Health Care Industry Forum, “From Innovation to Integration in the Healthcare System: Adopting a patient oriented perspective”, presented by Quebec International.

While Quebecers report that they are relatively satisfied with the health system in terms of personnel and the care they receive, few reported being satisfied with access to care ( 58 per cent) and system efficiency in general (50 per cent). Results showed that integrating new technologies into the patient-healthcare provider relationship presents opportunities to improve these two crucial components of the healthcare system.

In addition to communicating with their doctor via email, those surveyed also indicated many compelling reasons to connect electronically that include:

The patient: a member of their healthcare team

Sixty-nine per cent of respondents said they were ready to play a more active role in managing their own health, particularly by adding their monitoring data to their own personal electronic health records. Furthermore, those with chronic disease showed even greater interest (76 per cent).

According to the respondents, the main advantages of a personal electronic health record include:

Among respondents with chronic diseases, 85 per cent say that access to an electronic health record would give them the opportunity to record biometric measurements such as blood pressure, blood sugar levels and heart rate, as well as the option to share their personal file with a family caregiver.

According to Diabetes Quebec, the poll reflects the desire of Quebecers to interactively communicate with their healthcare team. “The technology exists and we know how to use it. An immense potential currently exists to use these technologies to build stronger partnerships between different health professionals and patients,” said Serge Langlois, President and Executive Director of Diabetes Quebec.

If “digital health” is characterized by the various technologies which facilitate communication between health professionals, it seems there is no doubt that healthcare teams, which include the patient, will move towards even more interconnectedness.

In support of our philosophy to give where we live, TELUS, our team members and retirees have contributed more than $350 million to charitable and not-for-profit organizations and volunteered 5.4 million hours of service to local communities since 2000. Created in 2005 by Executive Chairman Darren Entwistle, TELUS’ 11 community boards across Canada have led the company’s support of grassroots charities and will have contributed $47 million in support of 3,700 local charities organizations by the end of 2014, enriching the lives of more than two million Canadian children and youth. TELUS was honoured to be named the most outstanding philanthropic corporation globally for 2010 by the Association of Fundraising Professionals, becoming the first Canadian company to receive this prestigious international recognition.